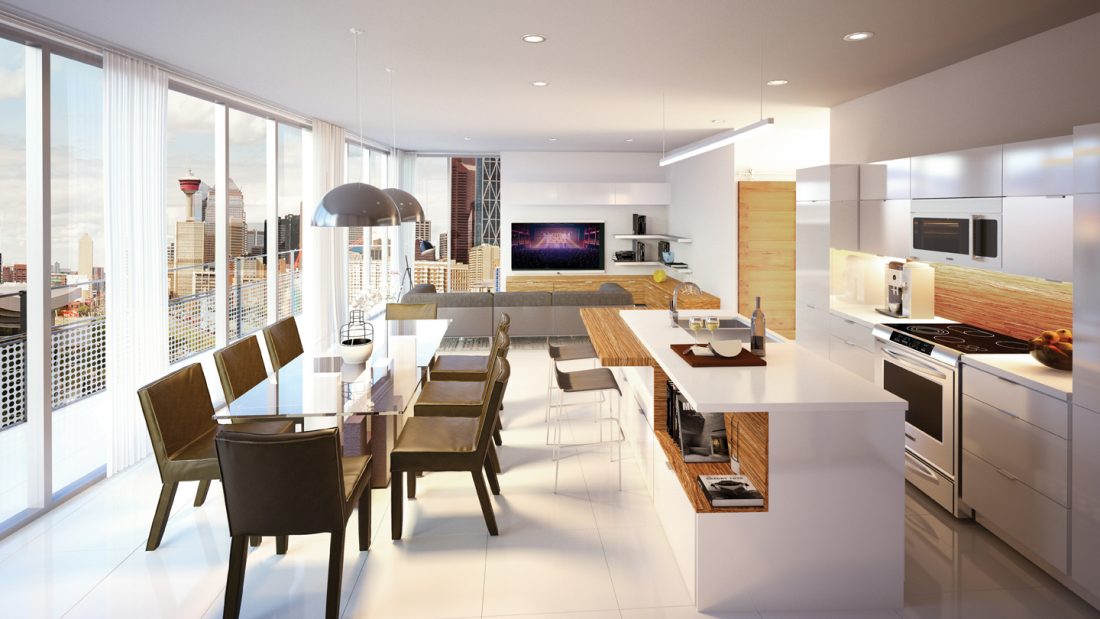 Calgary, AB – Named Canada’s greatest neighborhood by the Canadian Institute of Planners, Inglewood is a premier neighbourhood to work, live and play.  Surrounded by the Elbow and Bow Rivers, Inglewood’s community is a balanced combination of inner city living with close access to Calgary’s downtown core and East Village mixed scenic trails adjacent to the rivers and premier nature reserves.

Formerly known as Brewery Flats, Inglewood was established in 1911 and is home to historical buildings, such as Fort Calgary which was built in 1875, and the Garry Theatre, presently known as the Ironwood Stage and Grill was built in the 1930’s.

Greenview Developments will be adding residential and retail space to this iconic community, in its stylish AVLI on Atlantic building located on 9th Avenue and 10th Street SE. Designed by award-winning interior designers, Jerilyn Wright & Associates (JWA)  and architecturally crafted by the Sturgess Architecture firm – the seven-storey, 64-unit building is Inglewood’s only luxury condo building.

“We have been in Inglewood for years and we love it here,” says Chris Stathonikos, owner of AVLI’s site. “I had a vision for a condo building with retail on the bottom, and I think the design the team came up with will make AVLI an iconic building throughout the next century of Inglewood’s existence.”

Residents will enjoy AVLI’s exclusive range of premium indoor and outdoor amenities, including:

“When we first moved to the suburbs, we wanted more space and serenity. We thought it would be perfect for us,” says Adnerys Armstrong, AVLI condo owner. “Then we became bored and craved the action of the inner city. This is exciting, because will be just outside the center of the city.” With only 23 of 64 units left, AVLI presents an opportunity for accessible luxury in Calgary’s premier inner-city neighbourhood.

About AVLI on Atlantic http://www.avlicondos.ca/

AVLI on Atlantic is a seven-story, 64-unit luxury concrete condo building located on 9th Avenue (Atlantic Avenue) in Inglewood. Inglewood is one of Calgary’s inner city neighbourhoods and was named Canada’s greatest neighbourhood in 2014 by the Canadian Institute of Planners. The stylish new building includes $5 million in retail space on the ground floor.