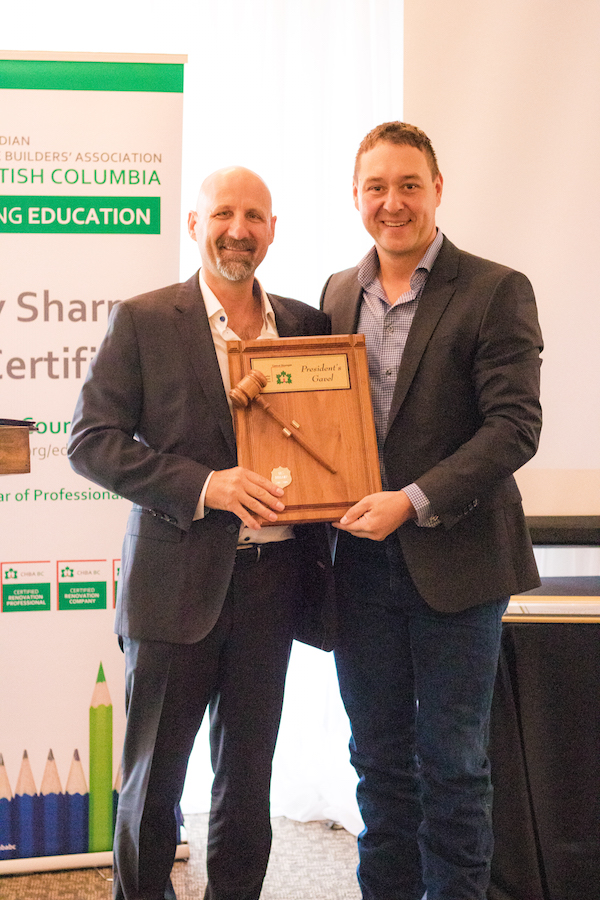 KELOWNA, BC: The Canadian Home Builders Association of the Central Okanagan (CHBA-CO) announced today that Les Bellamy is its new President. Bellamy is the creator and founder of Bellamy Homes, a unique residential home builder focused on custom designed homes with smart livable spaces. “I am humbled to serve as President for the CHBA-CO, not because of the title, but because of the caliber of the people I am about to represent,” says new CHBA-CO President Les Bellamy. “We have a responsibility and an accountability to ensure the interests of homebuyers and homeowners are understood by all levels of government and by industry.”

Bellamy’s appointment comes as the Okanagan housing market is facing a proposed ‘Speculation Tax” from the Provincial Government and a more balanced market. Despite challenges, the BCREA recently forecasted a 4% market growth for the Okanagan in 2019.

The CHBA-CO is part of the Scrap the Speculation Tax campaign along with a coalition of British Columbians including the Kelowna Chamber of Conference, UDI Okanagan, Okanagan Mainline Real Estate Board, and many others. The campaign has been working with industry members, government officials, media and officials to drive awareness of the potential market effect of the tax.

The CHBA provides consumers with qualified and reputable contractors. It offers members a collective voice on important issues like the Speculation Tax, health and safety, infrastructure financing, sustainable development, and consumer protection. In the Central Okanagan, the CHBA has more than 250 members across the region and features a variety of home builders, renovators, land developers, trade contractors, product and material manufacturers, building product suppliers, lending institutions, and insurance providers.

Bellamy continues, “Our aim over the next few months is encouraging policymakers to implement smaller incremental changes and to consult with the industry and consumers. As it stands, the Speculation Tax has a huge impact on the construction industry.”

The construction industry in the Okanagan covers over 25,500 jobs and is looking to grow year on year by 0.2% according to the B. C. Labour Market Outlook report. Construction sits in the top three industries in the region which is home to 12 percent of all B.C. residents or one in ten workers.

The CHBA has set the goal of driving a high standard of quality control, service, affordability, and innovation through the CHBA contractor certification. Certification provides consumers with the knowledge to choose suppliers confidently.

“Looking forward, we will continue to promote industry best practices and standards through several programs offered by the CHBA,” says Bellamy, “Raising awareness of certification will contribute to having consumers automatically ask if their contractor is a CHBA member.”

Quality and service are high on the new president’s agenda, having started Bellamy Homes during the economic downturn of 2008-2009. Bellamy Homes was recognized as Small Business of the Year in 2015 by the Kelowna Chamber of Commerce, Builder of the Year in 2016 and 2018 by the CHBA Central Okanagan and received the Customer Satisfaction Award in 2018 from CHBA BC.

CHBA CO is the regional voice of the residential construction industry in the Central Okanagan. It represents more than 250 members and is part of an affiliated network of nine local home building associations located throughout the province. The industry contributes over $23.1 billion in investment value to British Columbia’s economy creating 158,000 jobs in new home construction, renovation, and repair. One in five employees in British Columbia work in the home building industry.