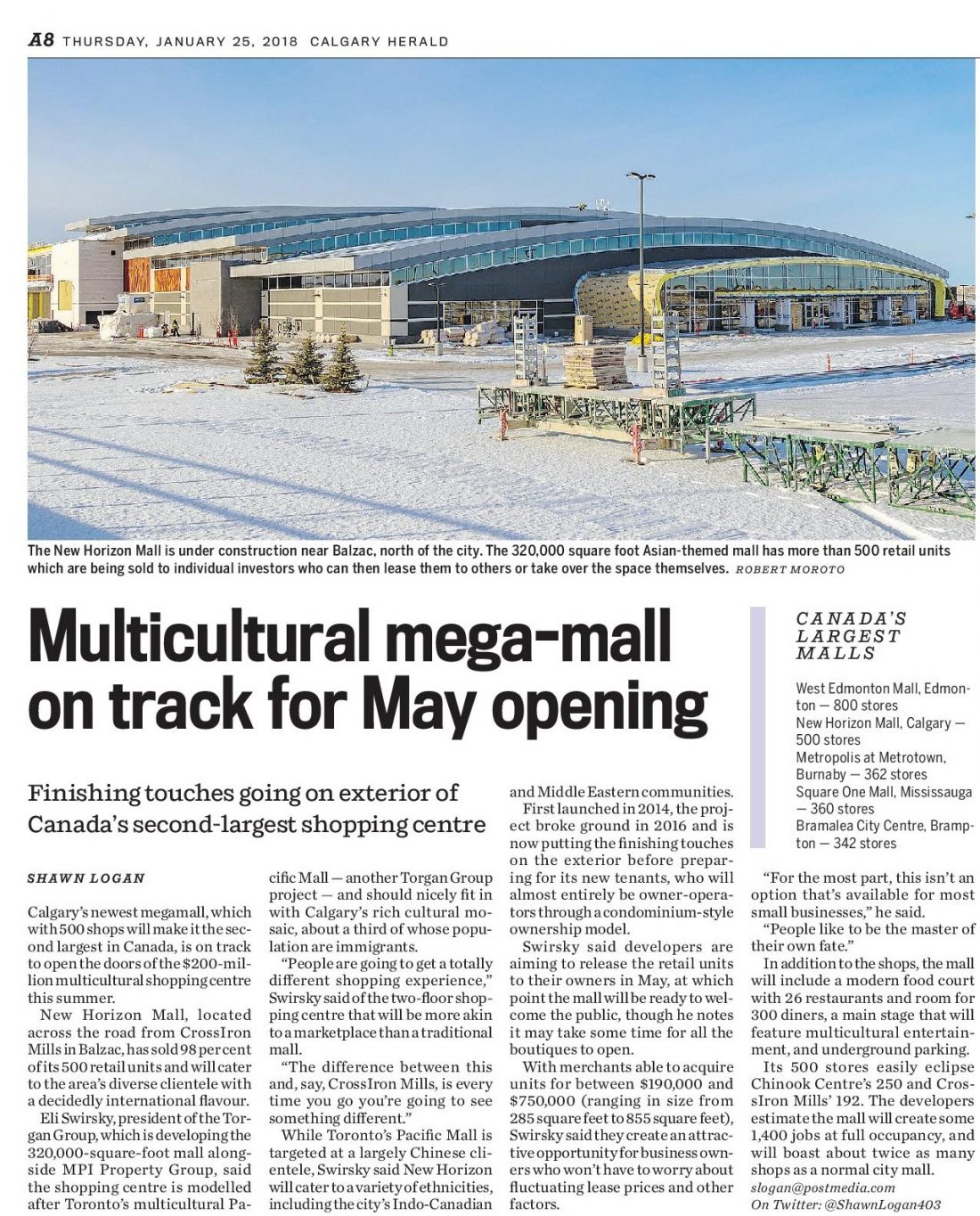 The Calgary Herald reports on the economic influence
and development of New Horizon Mall. Calgary’s newest mega-mall, which with 500 shops will make it the second largest in Canada, is on track to open the doors of the $200-million multicultural shopping centre this summer.

New Horizon Mall, located across the road from CrossIron Mills in Balzac, has sold 98 per cent of its 500 retail units and will cater to the area’s diverse clientele with a decidedly international flavour.

Eli Swirsky, president of the Torgan Group, which is developing the 320,000-square-foot mall alongside MPI Property Group, said the shopping centre is modelled after Toronto’s multicultural Pacific Mall — another Torgan Group project — and should nicely fit in with Calgary’s rich cultural mosaic, about a third of whose population are immigrants.

“People are going to get a totally different shopping experience,” Swirsky said of the two-floor shopping centre that will be more akin to a marketplace than a traditional mall.

“The difference between this and, say, CrossIron Mills, is every time you go you’re going to see something different.”

While Toronto’s Pacific Mall is targeted at a largely Chinese clientele, Swirsky said New Horizon will cater to a variety of ethnicities, including the city’s Indo-Canadian and Middle Eastern communities.

Those interested in learning more about New Horizon Mall can do so by visiting newhorizonmall.com

To learn more about New Horizon Mall and other dHz Media clients, sign up here: