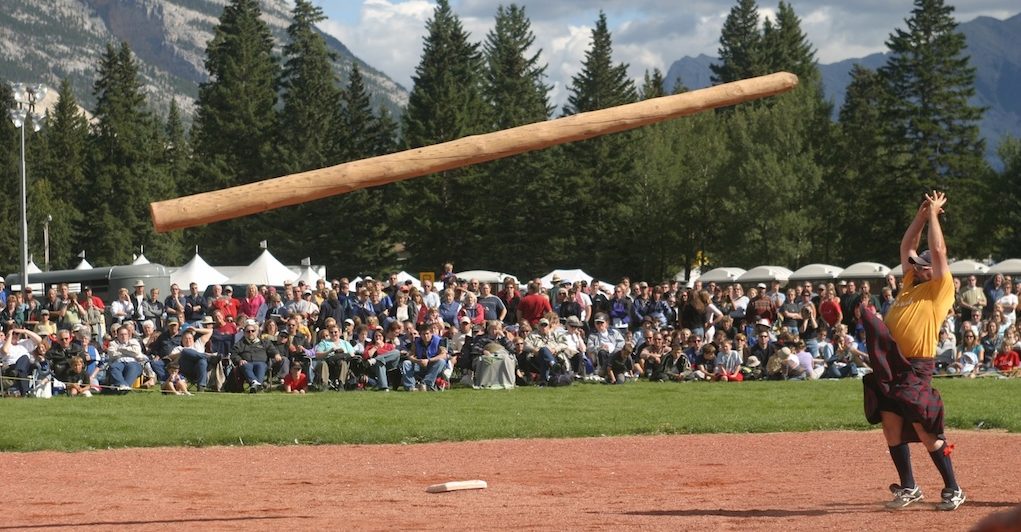 Canmore AB Planning for the Canmore Highland Games is in full swing as the event date, September 2 to 3, quickly approaches

In December, the Three Sister’s Scottish Festival Society (TSSFS), organizers of the Highland Games in Canmore in previous years, announced the Games would be cancelled in 2017 as the group had dissolved due to loss of volunteer members.

After discussions with the Highland Games organizers, Spring Creek took the lead rebranding the non-profit society to continue the 2017 Highland Games in Canmore. The Malcolm Scottish Society has now taken over planning duties from TSSFS.

“I am very pleased to have the opportunity to be a part of the Highland Games once again this year,” says Sandy Bunch, former president of TSSFS, and current member of the Malcolm Scottish Society. “Thanks not only to Spring Creek for spear-heading the rebranding of the society but to the community for providing its continued support.”

Many of the Highland Games previous volunteers have returned and are working hard to get everything ready for the September event. A large portion of Canmore’s hotels have partnered with the Malcolm Scottish Society to provide accommodation for the approximately 5,000 people that the event draws. To celebrate Canada’s 150th birthday the Malcolm Scottish Society is having a Canada Day Special from July 1 to 15, offering 50 per cent off family pack admissions. The society wants to encourage people to come out and enjoy the event with their families.

Originally introduced in Scotland by King Malcolm III in 1040, the Highland Games contests of strength and speed were a way of choosing the most-able men for soldiers and royal messengers. King Malcolm III was nicknamed “Canmore”, which translates literally into “big head” (ceann mo’r) in Scottish Gaelic. Some have seen this apocryphal event to be the origin of today’s modern Highland games.

The Highland Games are now a unique mix of sports, culture and community. The games often comprise of field events, piping, drumming, Highland dancing competitions and ‘heavy events’ like the tug-o-war, the hammer throw and the caber toss.

Saturday night will start off with the Taste of the Highlands, while Sunday has live Celtic entertainment all day at the Big Rock Festival Tent with vendors, food trucks and beer garden. Finishing up the Highland Games on Sunday night is the Ceilidh, a spirited celebration of music and dance, kitchen-party fashion.

“The Highland Games has been a much loved event in Canmore for many years,” says Mayor John Borrowman. “It makes me proud to see the community showing its appreciation and continuing the long held tradition of having the games in Canmore.”

The Highland Games are an important event to the community and have been held in Canmore for 26 years.

About the Canmore Highland Games http://canmorehighlandgames.ca

Canmore Highland Games was established in 1991 by the Three Sisters Scottish Festival Society (TSSFS) to present and celebrate Celtic culture create a destination/entertainment event. In 2017 the Malcolm Scottish Society was formed and took over planning duties from TSSFS. The Canmore Highland Games have become a signature summer event in Canmore with an annual attendance averaging 5,000.