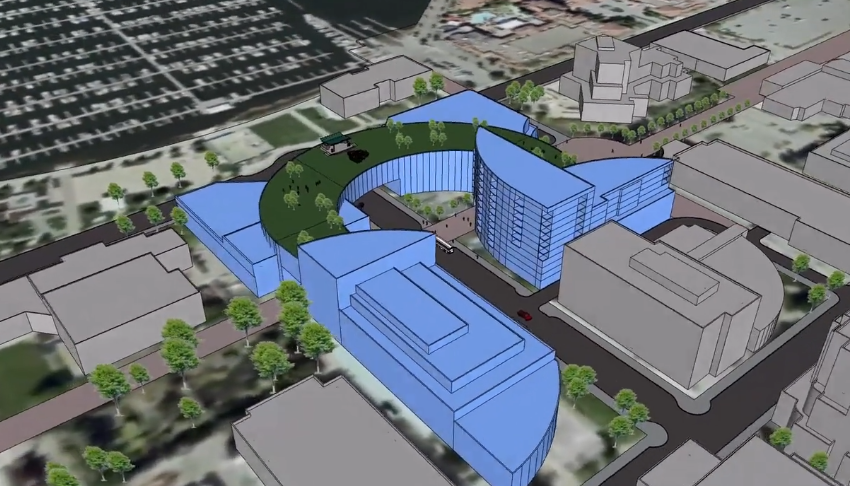 Kelowna Legacy Group asks for transparency. What is the rush and why the fire sale during a pandemic?

We, the Kelowna Legacy Group, would like to question the City of Kelowna’s decision to lease the former RCMP site at 350 Doyle Avenue. This decision being made during a pandemic when so many projects are being reviewed for a second time, we feel is irresponsible.

The City of Kelowna has chosen to base this decision upon information collected in 2015, which one can agree is outdated considering recent announced changes to our downtown core and the post-COVID 19 environment we now live in.

The Daily Courier news article of June 11th, 2020 indicates that the total lease value was $7 million dollars for 99 years, which $4.3 million will be used to complete a walkway and civic plaza. Therefore, the City reserves will benefit by only $2.7 Million cash for a prime downtown location property that could be so much more with updated community engagement and a vision to the community we are becoming.

By simple calculation, a 99-year lease for $2.7 million dollars is broken down to be $27,272.00 per year, or $2,272.00 per month for 99 years. This would be equivalent to the rent payable for a small office or downtown apartment on a property that could redefine the vision of our downtown core.

This is City land and it should not be given away. We are disappointed that there appeared to be an absence of consideration for a comprehensive vision for the four City-owned properties in the area, namely The RCMP site at 350 Doyle Avenue, Kelowna Community Theatre, City Hall Parking Lot, and the Memorial Arena.

In our opinion, this is a virtual give-away based on an outdated, limited “Civic Precinct Plan.”

The plan states they compiled a “broad cross section of the community,” however a review of the number of citizens participating in the 2015 Civic Precinct planning shows only a modest number were engaged. In total, only four stakeholder meetings were conducted, 113 citizens completed a survey, and only 138 attended two public information sessions.

With our Community in mind, this is a very small community engagement, recognizing that The Legacy Group’s own website, which was created within the last year, already has over 600 followers who are concerned about this project proceeding. Given the population of Kelowna, the Civic Precinct Plan’s small percentage of engagement does indicate an inadequate endeavor to truly reflect the wider community’s interest or will.

This is especially true as, over the past five years, there have been numerous new residential high rise developments in the downtown core, the terrific recent announcement of UBCO planning a downtown campus, shifting real estate market conditions, and, of late, the devastating economic damage being experienced from the COVID 19 Pandemic. This should provide enough reason for reconsideration.

With the benefit of hindsight, there is no rush to dispose of this legacy property, just to enable the City to complete a walkway and a civic square, with developer’s capital. This will limit future councils’ ability to envision something greater. With the multitude of new factors at play and a more comprehensive citizen engagement, one can only imagine what could have been envisioned. As a citizen, do you feel 100 rental units is the best use of this key piece of civic property?

Although the City stipulated that there will be 6,000 sq. ft. of cultural space within the new building, the space appears small, similar to the upper floor of the Yacht Club or the main area in the Parkinson Recreation Centre. While we cannot speak for the cultural community, we understand there is a plethora of community groups needing practice and performance space.

As concerned citizens, where do we go from here? The first obvious answer is to demand that City staff and Councilors provide greater transparency and more extensive Citizen engagement in updating the 2015 Civic Precinct Plan.

Precedence has been set, a past City Council choose not to award a Request for Proposal (RFP) in 2003 on the Central Greens land known as the old KSS site. Proposals at the time were deemed unsuitable and the City Councilors chose not to award this RFP.

We request our City Council to revisit the lease and the previously issued RFP on the RCMP site at 350 Doyle Avenue and engage our community in creating a greater vision for this iconic piece of land within our downtown core.

If you are of like mind, please allow your voice to be heard. It certainly has been proven globally that together we can make a difference before it is too late.

The Kelowna Legacy Group was formed last year and is comprised of a number of concerned local citizens, whose focus was to delay or stop the sale/lease of the former RCMP site at 350 Doyle Avenue in order to facilitate a more comprehensive period of meaningful public consultation and visioning on development possibilities for the downtown cultural district.