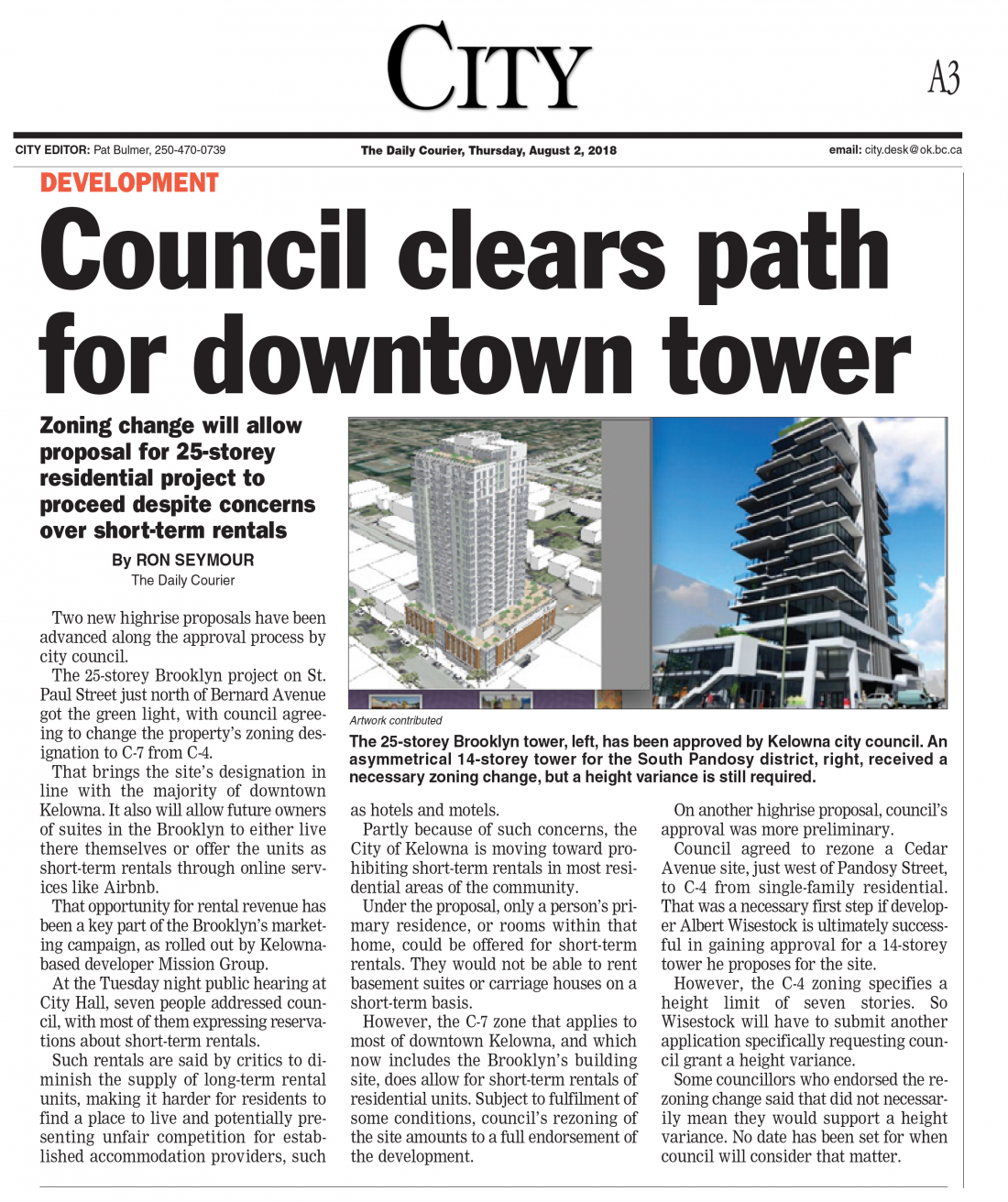 One of Mission Group’s latest development projects Brooklyn at Bernard has advanced the approval process by Kelowna’s city council.

The project, a 25-storey tower just north of Bernard Avenue on St. Paul street has transitioned from zoning destination C-4 to C-7. This is set to have the site’s designation in-line with the majority of downtown Kelowna.

Future homeowners of the Brooklyn suites will have the ability to live there themselves or offer short-term rentals through online services such as Airbnb.

Several individuals at the public hearing at City hall expressed their reservations about short-term rentals.

Critics state rentals such as these will decrease Kelowna’s supply of long-term rental units, while also allowing for unfair competition amongst other establishments such as hotels.

See more press coverage of Brooklyn at Bernard Block and other dHz Media clients at dHzmedia.com