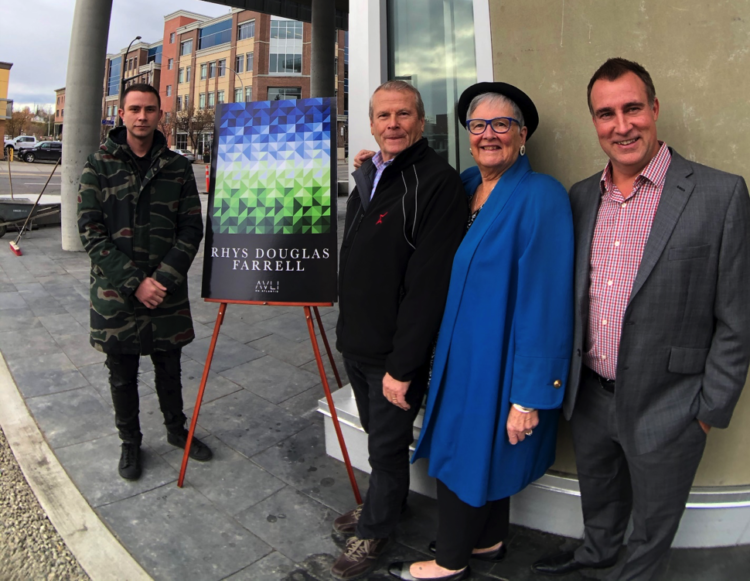 Calgary, AB – Inglewood is about to get even cooler.

AVLI on Atlantic is excited to announce that Calgary artist Rhys Douglas Farrell has been chosen out of three finalists in its privately funded public art competition. His mural, titled “Migration”, will be viewable to the public at street level in front of AVLI and is going to become a lasting artistic legacy for condominium owners and Inglewood residents for years to come.

Submissions were reviewed by an expert panel composed of Artists, Architects, and community members while on display at the AVLI Presentation Centre located at 1201 – 10th Ave. SE, Calgary. Inglewood residents and interested parties were able to provide their integral feedback.

“All of the applications that we received were outstanding, another sign of the strength and talent of the province’s art community,” said Brian Kernick, president of Greenview Developments. “There was one artist in particular that struck a chord in our expert panel, and we are excited to hand over a blank canvas for Rhys Douglas Farrell to make his mark on this project.”

Farrell is an emerging artist living and working in Calgary, Alberta. He received his Bachelor of Fine Arts with distinction (major in Painting & Drawing) from the Alberta University of the Arts in the spring of 2016 and is the recipient of several painting scholarship from AUArts.

Farrell signed with the Herringer Kiss Gallery while he was still a student and his first solo show was called a “Must See” by Canadian Art Magazine. He has completed several public art projects with the Telus Spark Science Center, Beltline Urban Mural Project, the City of Calgary and several private commissions.

“I know there were a lot of talented artists and art groups alike applying for this opportunity, and I am very honoured to have been chosen to contribute to the community of Inglewood through this mural,” Farrell said. ​ 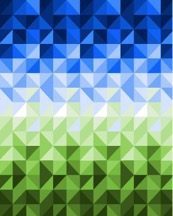 Farrell was among dozens of outstanding submissions, and appreciation is given to everyone who submitted their work for consideration, especially the other two finalists:

AVLI started out as Chris and Penny Stathonikos’ vision to replace their Autobody shop, Arrow Autobody, who wanted to build a condo building that captured the history of the neighbourhood. The luxury condominium building was designed by Jeremy Sturgess of Sturgess Architecture, an award-winning design firm with more than 35 years of architecture and design experience.

“We had a vision for this iconic neighbourhood from the start, and we are happy to say that we are now realizing that vision with the help of everyone involved, including the very talented Rhys Douglass Farrell,” Penny Stathonikos said.

“His mural will capture the essence of the community while injecting his vibrant colour and illusion into the community, and we couldn’t be more excited to see the finished project next year.”

AVLI on Atlantic itself is also a work of local public art. From the beginning, developer Brian Kernick engaged with local design professionals, the award-winning architects at Sturgess Architecture and Inglewood’s own celebrated interior designer Jerilyn Wright.

Located on 9th Avenue SE (Atlantic Avenue), homes at AVLI on Atlantic start in the low $300,000s. Most of AVLI’s floor plans are custom-designed, ranging in size from 545 to 2,200 square-feet. The seven-storey development offers a unique mix of one and two-bedroom homes (plus den), including four live-work homes and seven penthouse suites. AVLI on Atlantic’s 61 units are under construction and currently 85 per cent sold.

Inglewood is one of Calgary’s most historic neighbourhoods, home to Calgary’s original Main Street and many historic buildings. The area is known for its eclectic shopping and its many restaurants and music venues like The Nash, Blues Can and Ironwood Stage and Grill. In 2014, Inglewood was named Canada’s greatest neighbourhood by the Canadian Institute of Planners. Inglewood was named Canada’s greatest neighbourhood in an annual contest put on by the country’s city planners in 2014 and the community keeps improving each year.