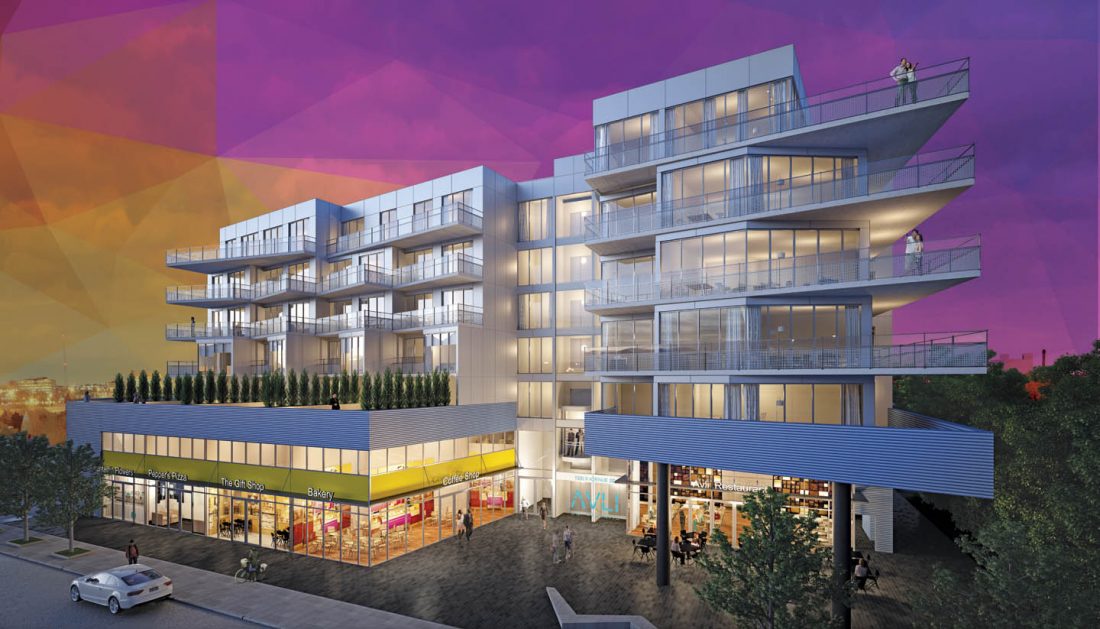 The Star Calgary reports on the luxury condominium development AVLI on Atlantic.

Residents can expect a sense of community as well as privacy.

Inglewood’s only luxury condo development – the AVLI on Atlantic – is nearing completion, with 75 per cent of the residential units already scooped up by homebuyers eagerly anticipating living in a community so close to the downtown core.

Brian Kernick, president of Greenview Developments, which is spearheading the project, says the condo development was designed with a cutting-edge approad to connect with Inglewood’s extensive arts scene and to become a unique piece of local art itself, encouraging expression and appreciation from its residents and onlookers.

“They’re probably the highest-end condos in that neighbourhood,” says Kernick.

Its vicinity to the downtown, the redevelopment of East Village behind City Hall, and future development plans for the nearby Victoria Park neighbourhood all make AVLI an attractive location for potential homebuyers.

“Our project is close to downtown yet it doesn’t have the highrise downtown feel. It’s a more intimate, exclusive type of building with 65 units instead of 300. Yet it’s close to downtown so it’s a short commute. It’s got tons of restaurants, the (Bow) river. It’s just a great location,” says Kernick.

To learn more about AVLI on Atlantic, sign up here: