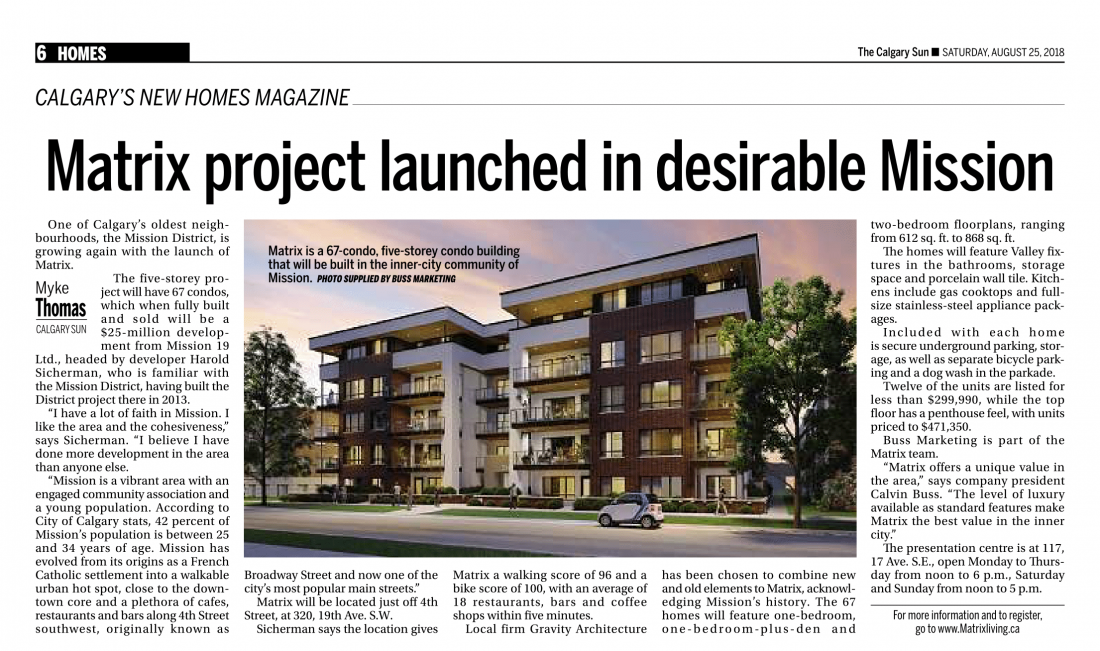 Myke Thomas of the Calgary Sun reports on The Matrix. To learn more about buying a home at the Matrix register here:

One of Calgary’s oldest neighbourhoods, the Mission District, is growing again with the launch of Matrix.

The five-storey project will have 67 condos, which when fully built and sold will be a $25-million development from Mission 19 Ltd., headed by developer Harold Sicherman, who is familiar with the Mission District, having built the District project there in 2013.

“I have a lot of faith in Mission. I like the area and the cohesiveness,” says Sicherman.“I believe I have done more development in the area than anyone else.

“Mission is a vibrant area with an engaged community association and a young population. According to City of Calgary stats, 42 percent of Mission’s population is between 25 and 34 years of age. Mission has evolved from its origins as a French Catholic settlement into a walkable urban hot spot, close to the downtown core and a plethora of cafes, restaurants and bars along 4th Street southwest, originally known as Broadway Street and now one of the city’s most popular main streets.”

To read the full article in the Calgary Sun click here