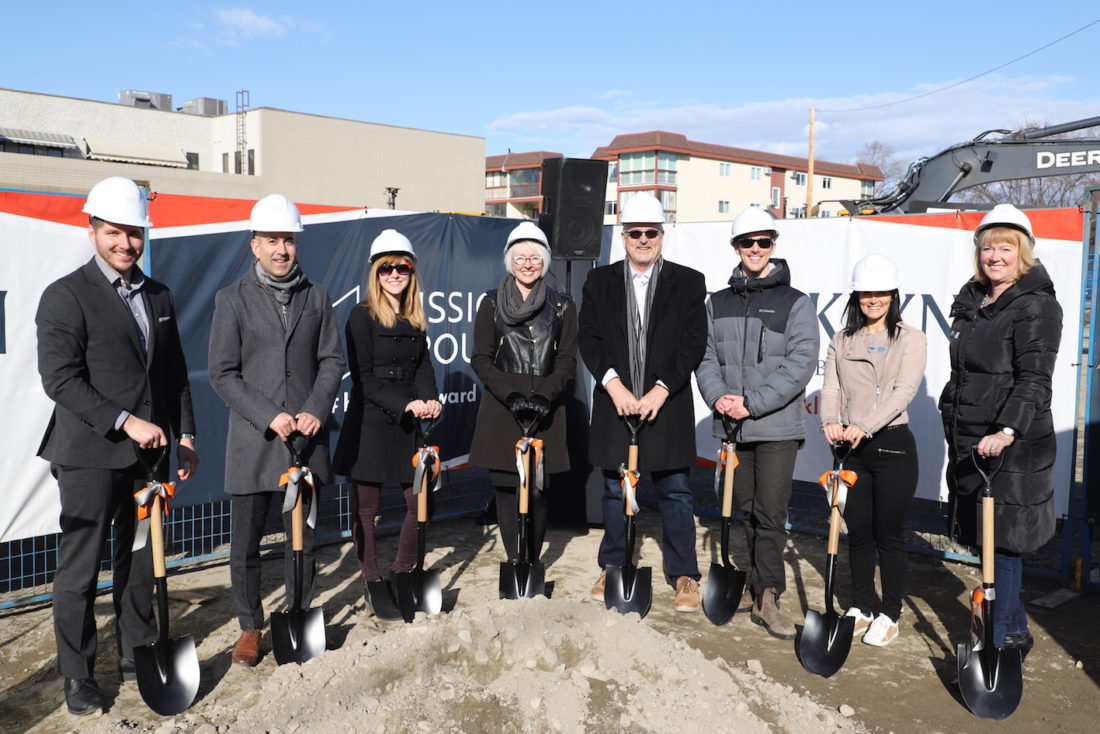 Joined by the Mayor and homeowners, Mission Group starts construction behind the former Bargain Shop

Brooklyn is located at 1471 St. Paul Street and is expected to be completed in 2021.

“With 178 homes, Brooklyn answers a strong need for multi-family housing density in Kelowna’s vibrant city centre,” says Luke Turri, executive vice president, Mission Group. “Brooklyn has proven popular with homeowners who are attracted by the location, energy, and amenities of the Bernard District.”

“We are grateful for the opportunity to break ground on Brooklyn alongside some of our homeowners, as well as members of the local community who are helping to breathe new life into the downtown core,” adds Turri. 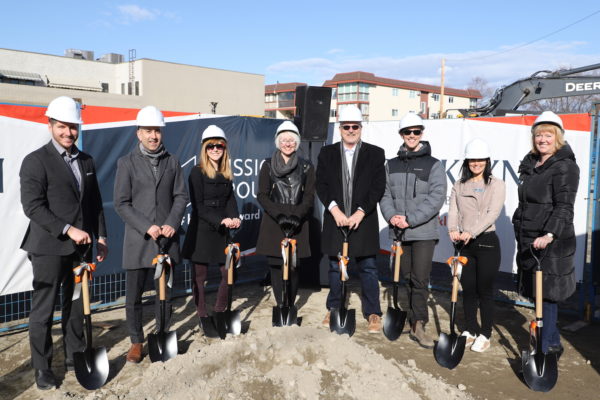 Brooklyn will be releasing its Urban Collection at the end of April. This will be the final release of homes available at Brooklyn at pre-construction pricing. The Brooklyn Urban Collection features one, one plus den, and two-bedroom homes between 491 and 1,034 square feet with prices starting in the mid $300’s.

Brooklyn is 70% sold since launching sales in September 2018.

Brooklyn at Bernard Block has championed the downtown Kelowna lifestyle and community since its launch, with its 98 walkability score and shared amenities such as the 25th-storey rooftop terrace and club lounge. It is adjacent to Bernard Avenue and some of Kelowna’s best attractions such as Okanagan Lake and the recreational City Park.

Recently nominated for a Canadian Home Builders’ Association National Award for Housing Excellence, Brooklyn is the first of the three towers that Mission Group has planned on the former ‘Bargain Shop’ site.

The Brooklyn Presentation Centre is currently open by appointment only, with more information available at www.liveatbrooklyn.com.

Headquartered in Kelowna, Mission Group specializes in residential and commercial real estate development and construction. Each Mission Group community is given careful thought and consideration long before construction begins. Their goal to create and nurture homeowner relationships, as well as their modern and well-built designs, has earned them numerous industry awards over the years. Recent honours include the UDI Pacific Region Award for Excellence in the ‘Best of the Okanagan’ category for Central Green in 2018. Mission Group was also named a finalist for the 2019 CHBA National Awards for Housing Excellence in the ‘Mid- to High-Rise Condominium or Apartment Projects (Planned)’ category for both ELLA and Brooklyn at Bernard Block.