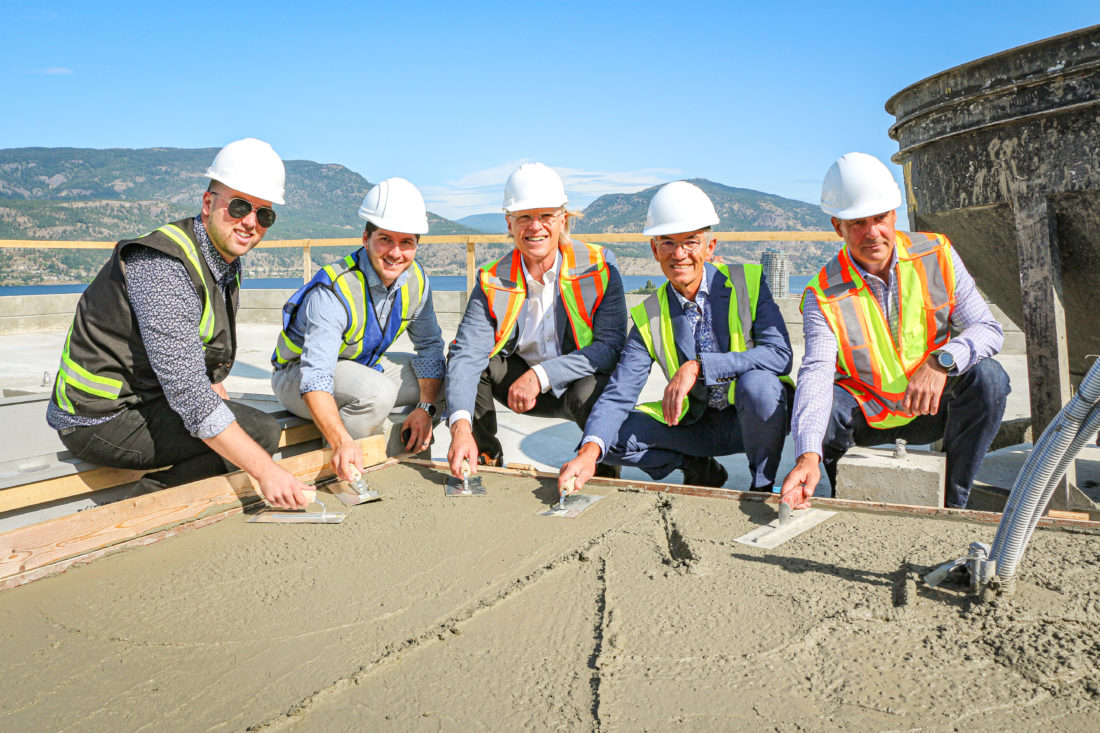 JULY 30, 2019 KELOWNA, B.C. Mission Group, the Okanagan’s leading real estate and development company, held a topping off ceremony today as the final ceremonial concrete was poured for ELLA, its contemporary upscale condominium tower in the heart of downtown Kelowna. The 20-storey concrete structure of the building is now complete, setting the final height of the building.

With this major construction milestone now achieved, the residential concrete high-rise is expected to be completed in early 2020. The award-winning high-rise is the first condo tower located in downtown’s historic Bernard District.

“We are very proud of the ELLA tower. The building represents the continued transformation of Kelowna’s historic downtown core into a vibrant, high-amenity urban environment. Our team has put in a tremendous effort to get to this point, starting with the original envisioning over three years ago,” says Luke Turri, Mission Group, executive vice president.

ELLA has already received national attention as Mission Group’s tower became the first Okanagan building to win the Mid-to-High Rise residential category at the 2019 Canadian Housing Builders’ Association (CHBA) National Awards for Housing Excellence in May of this year.

IBI Group led the architectural development of ELLA while ITC Construction Group serves as the General Contractor. The interior design was developed by i3 Design Group. ELLA is designed so that each home will have unobstructed views by having the residential homes start on level six of the building. Retail outlets will occupy the street level and there will be residential parking on levels two to five.

Steps away from Kelowna’s main street, the engaging Bernard Avenue, ELLA has an exceptionally high Walk Score® of 97 out of 100. It is within close walking distance to Okanagan Lake, the Kelowna Yacht Club, the recreational City Park, and waterfront boardwalk. With the City’s Queensway Transit Exchange close by there are convenient transit options to the rest of Kelowna. 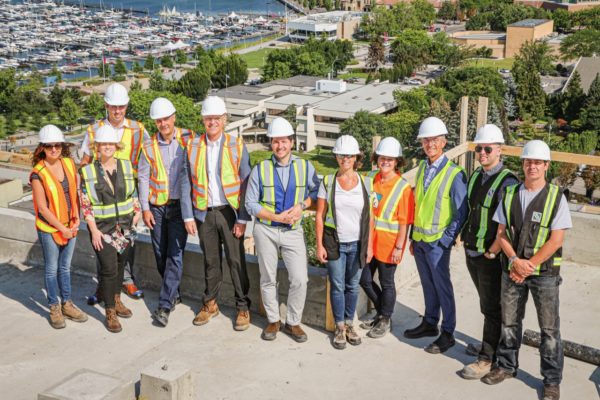 Headquartered in Kelowna, Mission Group specializes in residential and commercial real estate development and construction. Each Mission Group community is given careful thought and consideration long before construction begins. Their goal is to create and nurture homeowner relationships.

Mission Group’s modern and well-built designs have earned them numerous industry awards over the years including the Urban Development Institute Pacific Region Award for Excellence in the ‘Best of the Okanagan’ category for Central Green in 2018. Past honours include the Canadian Home Builders’ Association Tommie Gold Awards for Excellence in Creating a Low-Rise Multi-Family Development (2016), Excellence in Semi-Detached or Town-Home Development (2016), Built Green B.C. Builder of the Year for Winsome Hill in 2012 and Multi-Family Builder of the Year (2014).