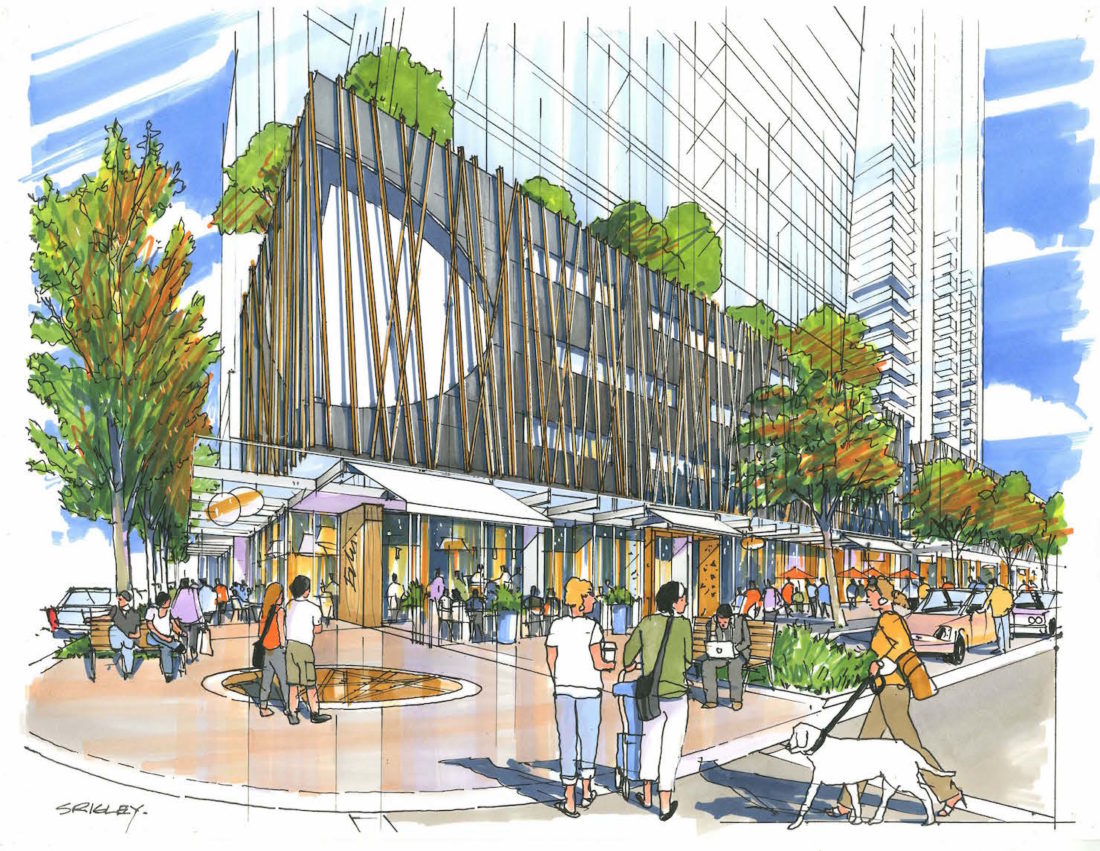 Kelowna, BC – Mission Group is pleased to announce new details of its Bernard Block master planned community in downtown Kelowna.

Earlier this week, Mission Group submitted its development permit application for the next phase of Bernard Block to the City of Kelowna Urban Planning Department.

The application includes plans for a 13-storey Class A commercial office tower and 33-storey residential tower on the 500 block of Bernard Avenue between St. Paul and Bertram Street. The proposed towers would be built adjacent to the 25-storey Brooklyn at Bernard Block tower that was approved by City Council in August 2018. 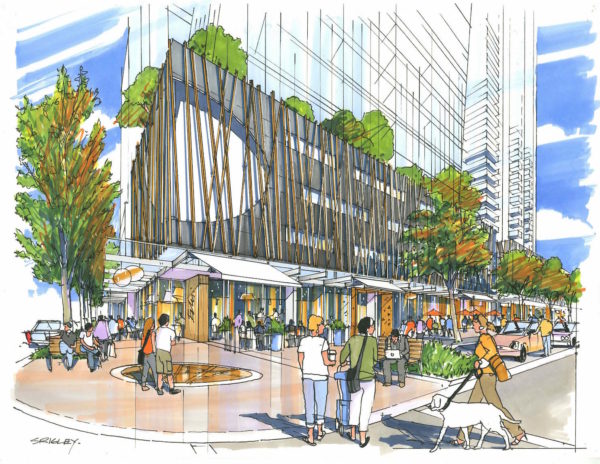 Situated in the prime central business district, the commercial office tower is positioned to attract premier tenants to Kelowna. It will contain approximately 80,000 square feet of office space, supported by over 18,000 square feet of Bernard Avenue storefront retail.

“Bernard Block is set to become a cornerstone and gateway to our evolving city centre,” says Lisa Lock, vice president, development, Mission Group. “With excitement and energy building through the tech industry and entrepreneurship, the downtown core has become a sought-after destination for business and residents alike. Companies of all sizes are attracted by the amenities that only downtown can offer and we are excited to bring Class A office space into the historic Bernard District.”

“Rich with regional and cultural influence, this will be a visually unique design never before seen in the Kelowna skyline,” adds Lock.

With the permitting process now underway, Mission Group will seek approvals from Council later this year. Construction of the office tower is planned for early 2020, with completion and tenant possession projected for late 2021.

Visit www.missiongroup.ca/bernardblock for commercial and retail leasing inquiries and to receive updates on Bernard Block.

According to Colliers International’s Thompson Okanagan Office Market report for the fourth quarter of 2018, Kelowna’s office vacancy rate is 4.8%, down from 6.8% in the second quarter of 2018.*

Construction of Brooklyn at Bernard Block, the first phase of Mission Group’s Bernard Block master planned community, is scheduled to commence this March. Brooklyn features 178 one and two-bedroom homes and is currently 70% sold.

Headquartered in Kelowna, Mission Group specializes in residential and commercial real estate development and construction. Each Mission Group community is given careful thought and consideration long before construction begins. Their goal to create and nurture homeowner relationships, as well as their modern and well-built designs, has earned them numerous industry awards over the years. Recent honours include the UDI Pacific Region Award for Excellence in the ‘Best of the Okanagan’ category for Central Green in 2018. Mission Group was also named a finalist for the 2019 CHBA National Awards for Housing Excellence in the ‘Mid- to High-Rise Condominium or Apartment Projects (Planned)’ category for both ELLA and Brooklyn at Bernard Block.