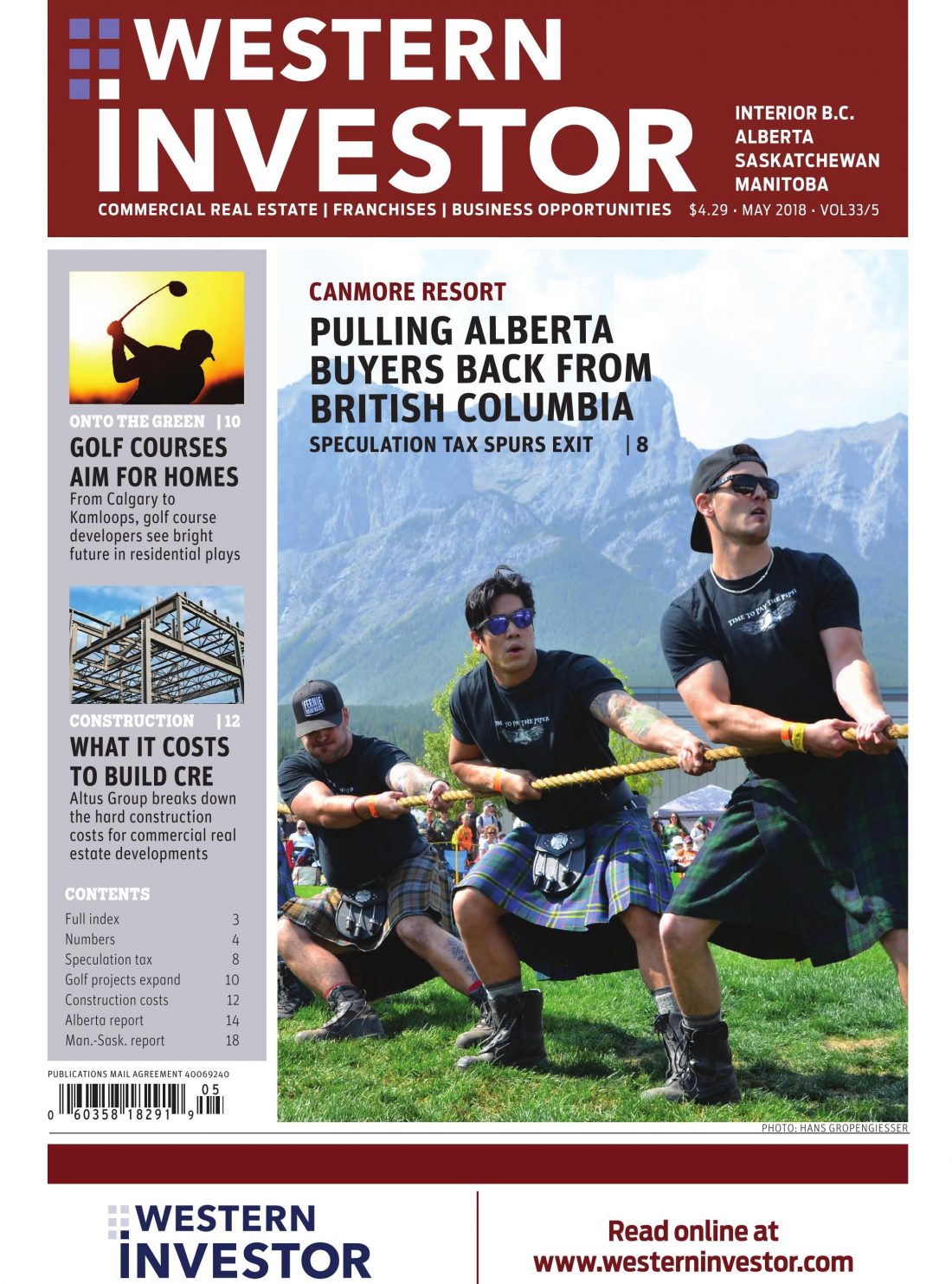 Western Investor reports on Spring Creek and gives it the front page in their May edition.

British Columbia’s speculation tax which slaps a hefty penalty on out-of-province buyers, is seen as a threat to the seasonal property market in B.C.’s Okanagan, but may prove a boon to the Alberta resort town of Canmore.

The new non-B.C. resident tax will end up costing secondary homeowners thousands of dollars in additional annual taxes. For example, a home valued at $600,000 would have a new tax of $6,000 annually. Moreover, if the home being purchased isn’t a new build, B.C. also levies a land transfer tax at the time of purchase – in the case of a $600,000 home, that tax would cost an additional $10,000.

In Kelowna, a popular spot for vacationing Albertans, a waterfront cottage can easily reach $1 million, which would translate into a speculation tax of $10,000 for those who don’t live in the home near year-round.

The numbers are not lost on Frank Kernick, developer of Spring Creek in Canmore, Alberta, who is marketing the advantages of buying east of the Rockies.

“We’ll provide the B.C. wine, you save the seven-hour drive to Kelowna,” explained Kernick.

“Anyone, Albertan, British Columbian or Canadian, who buys a condo in our White Spruce Lodge in the spring or summer of 2018 will receive a free case of B.C. wine from us and an enormous saving on their tax bill by buying in Alberta,” he said.

Those interested in learning more about Spring Creek can do so by visiting https://www.springcreekrealestate.ca/