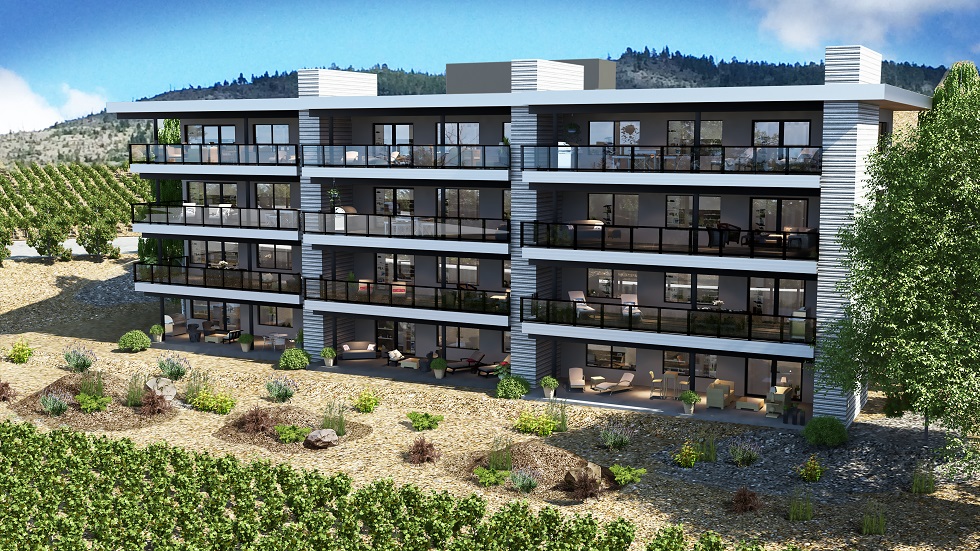 Penticton, B.C. Skaha Hills announced the second release of its most popular neighborhood, The Vistas today. Featuring an innovative new home design called the Terraced Rancher, which offers the feel of an open, rancher-style floor plan with the convenience and cost effectiveness of a condominium, the first release of The Vistas came close to selling out in one day in July of 2016.

By combining the best traits of a condo, a townhome, and a rancher into one unique concept, the Terraced Rancher at The Vistas offers hillside views of Skaha Lake for less than $500,000.

With the current trends in the Okanagan market it’s expected that the next release of The Vistas will be as successful as its predecessor. According to the South Okanagan Real Estate Board (SOREB), home sales totaled 207 units in March 2017, up 3.5% from a year earlier and the best March sales figure since 2006.

In its November/December 2016 issue, Canadian Real Estate Wealth magazine named Penticton one of its blue chip picks, in its annual property forecast of the best real estate markets to invest. It sited beautiful scenery and access to excellent health care as two reasons why boomers and retirees are buying in Penticton. It noted that Skaha Hills’ success is due to easy access to trails, golf and beaches, while saving investors property transfer taxes and GST.

Prices start at the low $459,000 for The Vistas and interested parties may choose between three spacious floor plans varying in size from 1,950 sq.ft. to 2,160 sq.ft. of total living area. There will be 12 new homes in the first release with another 12 homes being released in August. The Vistas one level living includes exceptional sound mitigation and large private outdoor patios. The first two neighbourhoods of the Skaha Hills master planned community, The Views and The Ridge are both entirely sold out.

“These homes really set the standard for affordable luxury,” says, Curt Jansen, Skaha Hills’ vice-president of sales and marketing. “Add in beautiful views of Penticton and Skaha Lake, great amenities and the caché of living in the vineyards and you start to see why Skaha Hills has become the most sought after development in the Okanagan.”

Skaha Hills is a partnership between the Penticton Indian Band (PIB) and Greyback Developments Ltd. to develop 550 acres of PIB land, which gives purchasers the advantage of not having to pay GST or transfer tax on their new home adding to the value proposition.

“We were ready to purchase on the first day of sales,” says Scott Miller, a recent buyer of The Vistas, “We had been thinking about purchasing at Skaha Hills for some time and The Vistas terraced rancher concept was intriguing and unique. We knew they would be gone fast so we bought right away.” At full build out, the master planned community will consist of approximately 600 homes. Other amenities will include walking trails, off leash dog parks, secure RV and boat storage, along with easy beach and golf course access on a connecting paved cart path.

After the next release of The Vistas, Skaha Hills is launching two new neighbourhoods, The Bench in May and then later in the fall, The Courtyards. Construction will begin in late fall and be completed at the end of 2018 on the community clubhouse where owners will enjoy a fitness facility, pool, hot tub and lounging deck.

Those interested in receiving updates on The Vistas and other new home releases need to register at www.skahahills.com.