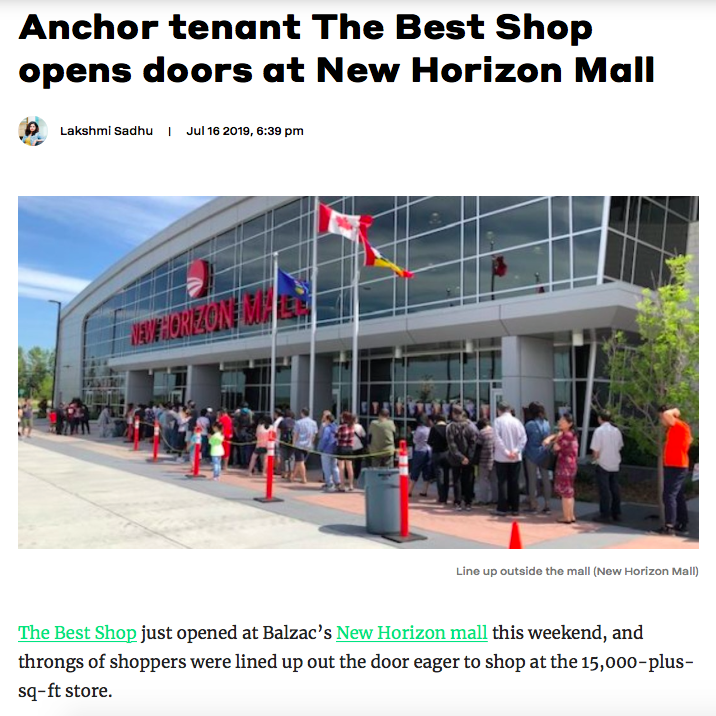 Described in a release from New Horizon Mall as “the Chinese Walmart without the groceries,” The Best Shop is the first major anchor tenant to open at New Horizon Mall, a building that initially came to be notoriously known as something of a ghost mall due to the lack of retail stores and empty storefronts during its first few months.

The store at the west entrance of New Horizon Mall saw line ups five aisles deep on July 13 as the store delivered several door crashers, from $9.99 dashcams to $19.99 spin mops. Those interested in learning more about New Horizon Mall can do so by visiting newhorizonmall.com/

To learn more about dHz Media and how public relations can help you sell more homes , sign up here: